Yahtzee (AKA Ben Croshaw) is a brilliant game critic and creator, among other things. In this article I plan to focus on his work as a game developer. In this field he is probably best known for his Chzo Mythos quadrilogy, which is a point and click adventure game that has received many awards and is considered a must play for all indie game lovers. For the most part heavily story based adventure games are his forte, but he does have some games in many different genres.

The last game Yahtzee released, Trilby: The Art Of Theft, is one of the most gameplay oriented games he ever created. It plays as a simple 2D stealth adventure and is a very fun game. It follows the character Trilby, the protagonist from the Chzo Mythos; But takes place two years before the events of 5 Days a Stranger. In this game he is simply a freewheeling suave thief out to steal as much as possible from the rich. 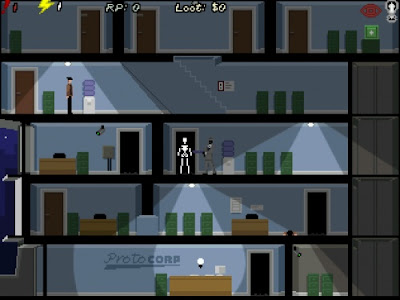 The Chzo Mythos, also known as the John DeFoe series, is a point and click adventure quadrilogy made up of, in order of release, 5 Days A Stranger, 7 Days A Skeptic, Trilby's Notes, and finally 6 Days A Sacrifice. All of these games have special editions that once cost $5 USD and came with a some additional content like in-game commentary, these special editions are now free. Additionally, it has a few tie-ins from other works of Yahtzee; The previously mentioned Trilby: The Art of Theft, which featured the same character Trilby; And two short stories Trilby and the Ghost and The Expedition. In Trilby and the Ghost, Trilby, is tasked with the exorcism of a friendly ghost and in The Expedition a soldier journeys into Chzo's wasteland and uncovered more details about Chzo. Also, 6 Days a Sacrifice has a prequel text adventure series entitled The Countdown, that were designed to stir up hype for the upcoming game and provide some back-story. This universe, particularity the main series, is a prime example of indie adventure games, the AGS games, and a must play for anyone interested in the genre.

The first game, both chronologically and in order of release, of the Chzo Mythos is 5 Days a Stranger. It won many AGS awards the year it was released and is, of course, a point and click adventure game that tells the story of the gentleman thief Trilby's botched attempt to rob an “abandoned” mansion; He gets in alright, but quickly finds all routes out of the mansion sealed and himself trapped with four strangers by a mysterious and evil force. Trilby and the strangers must find out who or what has trapped them, is it one of them, the only people who seem to be in the house, or someone they have not yet met? 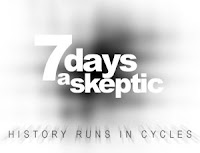 The second game, but last chronologically, 7 Days a Skeptic takes place four hundred years in the future aboard the starship Mephistopheles. The ship discovers an artifact floating in space and takes it aboard. It has a plaque that states that it is the coffin of John DeFoe and to not disturb it. The crew leaves the coffin alone but soon starts to experience strange phenomenon. What follows is a terrifying and bloody survival adventure game. 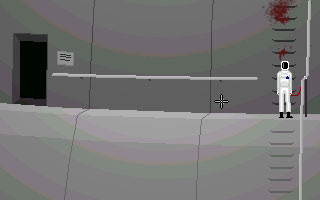 Trilby's Notes, the third game in the in the Chzo Mythos, and a direct chronological sequel to 5 Days a Stranger puts Trilby back in the spotlight again. By the beginning of this game Trilby has put his thieving business on hold to become a paranormal investigator, and it is as a paranormal investigator that he travels to a small hotel in Wales in the search a strange idol said to contain John DeFoe's soul.

The fourth and final game in the series is 6 Days a Sacrifice, in which you play Theo DaCabe as he tries to run a health inspection of the headquarters of a religion called Optimology. Theo is imprisoned and must find his way out of the building and prevent the cult from getting away with its evil plot. In the run up to the release of 6 Days a Sacrifice three text adventures, called the Countdown series, foreshadowing the events of 6 Days a Sacrifice were released by Yahtzee. 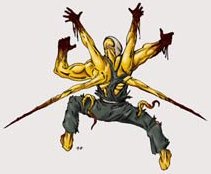 1213 is psychological action platforming adventure game, about an amnesiac research subject. All he knows is that everyday he is taken from his cell and made to run a dangerous obstacle course and called simply by the numbers twelve thirteen by his only human contact, the bespectacled man. But one day the door to his cell falls open and he takes the offered chance to figure out what is happening to him and find a way out. The story of 1213 is separated into three chapters.

Adventures in the Galaxy of Fantabulous Wonderment is a game that really seems to stretch the capabilities of the AGS engine. It is a surprisingly fully featured space trading simulation on top of a open ended adventure story line.

Yahtzee's one and only FPS, and game mod, Age of Evil is a Duke Nukem 3D Atomic Edition 1.4/1.5 total conversion mod. It features a totally new comedic story, new graphics, new sound, new levels, and even new weapons and enemies. But most of all it features a new protagonist; But who can take the place of the the most bad ass macho dude ever conceived, a smart-ass British novelist. 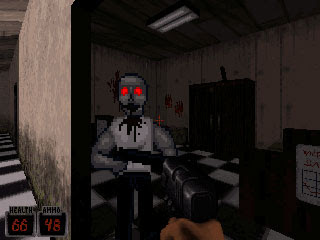 The Rob Blank Trilogy is a series of Sierra-esque adventures by Rob Blanc, a chip shop worker. His adventures begin when he is selected by the High Ones to become the Defender of the Universe. In the first game, Rob Blanc I: Better Days of the Defender of the Universe, he is sent to an alien spaceship to prove his worth by investigating the disappearance of the crew. In Rob Blanc II: Planet of the Pasteurised Pestilence, his trial period successfully passed, Rob is stationed back on Earth until his his ship is finished; But while there Rob and a green haired stranger are mysteriously transported to an alien world, where they must cure a great plague that is enveloping the planet. The third game, Rob Blanc III - The Temporal Terrorists, starts while with Rob and his sidekick Paul, the green haired stranger from the first game, on their spaceship and ready to start defending the universe. They do not have to wait long, as strange copies of people, ships, and even planets unstuck from time are appearing. The governments of the universe do not know what is going on, so they send the Defender of the Universe on a interstellar adventure to figure out what is going on and reverse the damage. 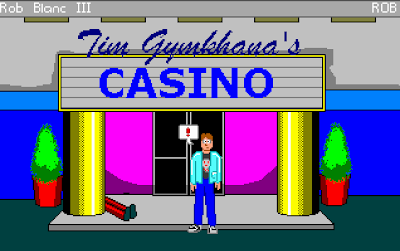 The very first games Yahtzee created, and the games featuring the character from which he draws his alias, are called the Arthur Yahtzee Trilogy. They were released while he was in high school with the first being released in early 1998. The three games, Friday: Death to Arthur Yahtzee, Saturday: Arthur's Odyssey, and Yesterday: The D-Gate, tells the tale of Arthur Yahtzee in his fight against a multidimensional villain. 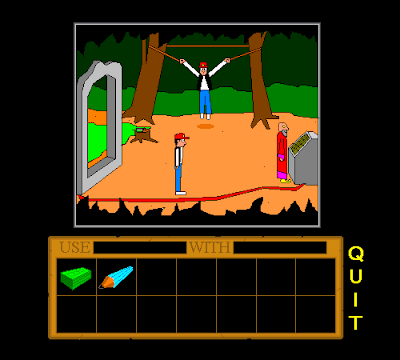